At the moment significantly more of us are studying or working from home than usual, and the transition can be a little tricky, and seem a little strange to get used to at first.

Last summer I did an online course with FutureLearn. I know Summer’s supposed to be for relaxing, but I actually really like to spend at-least some of the time learning something new, and for several years I’ve either spent the summer going to music summer school, doing online courses or revision.

(This post is not sponsored, I just really loved the course and wanted to share my experience with you 😊, all opinions are honest and my own.)

FutureLearn are linked with the Open University and offer free short courses in a wide range of subjects including Creative Arts, Science, History, Languages, Business and much more. I would say the courses are suitable for ages 15-100 as they are well structured, accessible, and are great to get a taster of a subject you want to study in the future or learn more about something you love. Most of the short courses are part time and last about 8-10 weeks. There are no set learning times so you can fit it into your schedule however works best for you, most of the lessons are in the form of a video, podcast, article or interactive quizzes and activities. Plus, when you get over 90% on a course you can upgrade to get a certificate that you can add to your CV! I loved the course I did so much so I actually decided to upgrade to unlimited to keep access to it for a year, and personally I think it’s very reasonably priced at £199 per year, which lets you keep access to all of the courses you do during the year plus university backed certificates. Now if you compare that to £9000+ per year to study a course at uni, doesn’t that just sound a crazy astronomical number?!?

The course I chose was A History of Royal Fashion, with Historic Royal Palaces and the University of Glasgow. The courses run at different times throughout the year, so that the tutors/lecturers are able to reply to your comments and questions. This course is 5 weeks long, and I studied from July to August, but it is actually back on now! Click here if you’d like to check it out, you get free access to the course for 7 weeks. You can also add courses to your wish-list and you’ll receive an email when it is next starting. I’m sorry I didn’t get this post up earlier, I only found out it was back on last week so I’m writing this in a bit of a rush 🙈.

I chose a new notebook to write my notes in, and the first thing I did was copy out the glossary into the back of the notebook so that I could refer back to it throughout the course as there are a lot of technical terms in fashion history for specific shapes and styles of dress. I would recommend downloading and saving everything that’s in the the download section of the lessons so that you can keep them and re-read them in the future.

Each week starts with a family tree of that era of the British royal family, and it’s really helpful to see how the different people mentioned in that week link together and who was reigning when, and a timeline of the era so you can get an overview of how historical events changed the fashions.

I found the existence of Sumptuary Laws really quite shocking, and they lasted for centuries! These laws meant that there were specific clothing rules based on your class or place in society, and if you wore a fabric or style that was above your status you could be liable to fines and confiscations. Today it seems crazy that the government and head of state could control what you wear, but it really did happen centuries ago!

I really liked the mix of articles and podcasts, but my favourite part of each week was the videos! As I’m really interested in costume, I loved seeing Past Pleasures recreations of the fashions, seeing each element in detail and how they go together to create the costume. Past Pleasures are live costume interpreters who perform stories at many historic sites, including those owned by Historic Royal Palaces, such as Hampton Court and Kensington Palace.

As photography wasn’t invented until Victorian times, this course also teaches you how to read a painting, how elements of the dress and scenery were used to convey specific messages about a subject which I found incredibly interesting, it’s almost like a secret code to unlock.

Whereas today fast fashion is immensely popular, centuries ago fabric and textiles were re-used, refashioned and recycled as the fabrics themselves were quite expensive to produce. This is why we don’t have many examples of the fashions in museums, as most were worn until threadbare or turned into upholstery such as cushions. This really got me thinking how I could reuse clothes I don’t wear anymore to make something new instead of donating them all straight to the charity shop (I’ve heard there’s a little issue sometimes where there’s more donations than buyers, but it probably depends on where you live as thrifting is starting to become incredibly popular across the world.)

One of the key developments in women’s fashion during this time was the evolution of an informal gown which could be worn at home, which was a lot less boned and structured than the ones worn at court. I expect that must have been a relief!

This era also saw the introduction of ‘fashion dolls’ and ‘fashion plates’ which dressmakers and milliners would use to copy the cut and construction of the latest styles.

My favourite part of this week was learning about the Masques, which were elaborate performances involving music, verse, a series of choreographed dances, luxurious costumes, spectacular scenery and special effects, in other words the origins of musical theatre! This lesson also came with an optional activity to design your own costume for a modern-day masque which you could upload and share with the other students on the course, which I really enjoyed. 😊 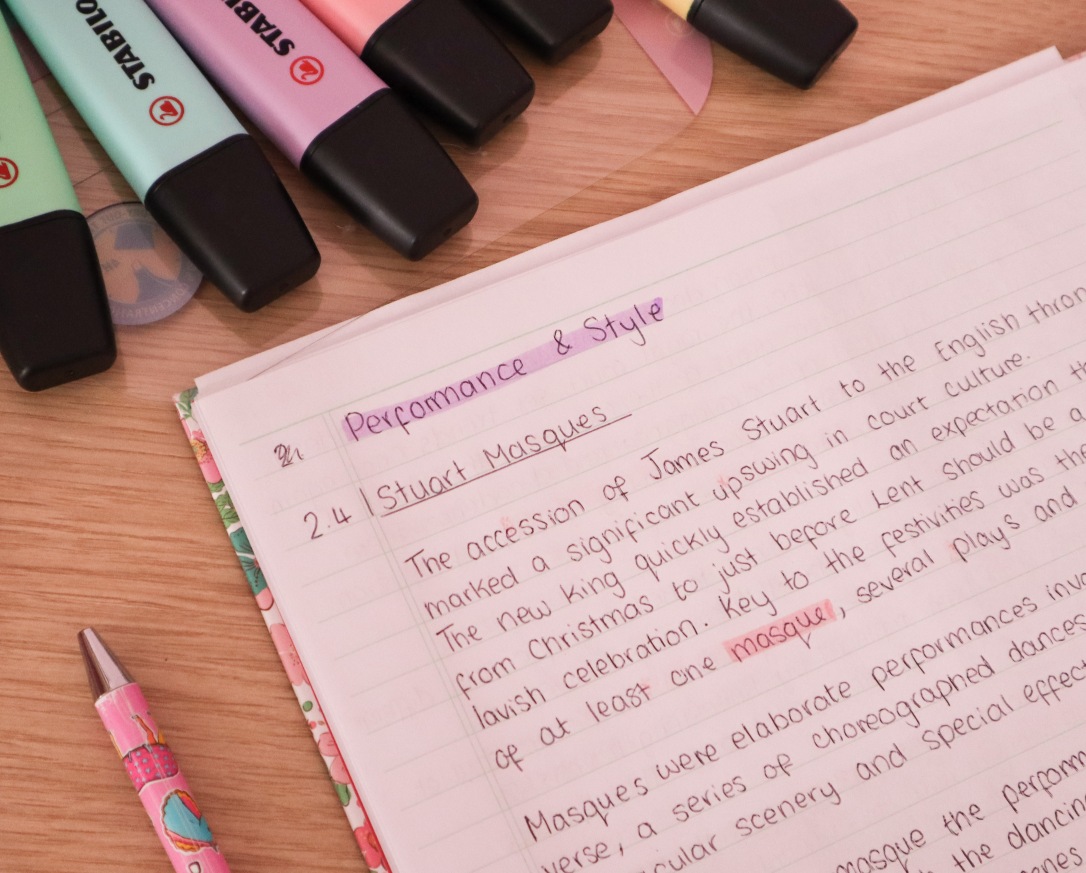 This is the era the Mantua really evolved, starting as a loose gown, opened at the front with a decorated stomacher that covered the centre front of the bodice with a train at the back, to the extremely wide skirts used to display wealth (an example is the Rockingham Mantua c1760-65).

The course also shows you the undergarments that would have been worn at the time, as they were vital to create the shapes of the gowns, which I found really interesting to learn for the costume construction side of things.

At the end of this era was the beginnings of Regency Fashion, which is one of my favourite historic fashions, the empire lines, soft cuts and pastel colour are so beautiful and feminine. What is your favourite style of dress from history?

The Victorian age was the start of industrialisation and saw a huge rise in technology and innovation. Fashion-wise this included the introduction of corsets; metal eyelets and metal busks (as bone or wood was previously used for structure!).

Steel wasn’t only used to make ships and trains, but also the cage crinoline which reduced the necessity for the heavy, thick, multi-layered petticoats.

Sewing machines were also invented, which revolutionised the production of clothes as it was (and still is) a lot faster than sewing by hand.

The perception of this era is that it was dark and drab due to the invention of black and white photography, but in reality, the clothes were sometimes bright and garish due to the discovery of aniline or synthetic dyes.

In this section there is a link to watch Queen Elizabeth II’s coronation in colour and you learn about the traditions that still continue today and the origins and meanings of the Crown Jewels.

Up until 1958 it was an annual tradition for young ladies and men generally aged between 15 and 18 to be presented at court (usually Buckingham Palace). They were referred to as debutantes and the privilege was restricted to aristocratic families, although daughters of the clergy, military, doctors and lawyers could also apply. As far as I know no one in my family was ever presented at court, but reading about it does sound like those who did would have felt like a princess for a day which I think would have been very fun, however it did highlight a big divide between the classes which is ultimately why it was done away with in modern times.

During this week I really loved learning about how fashion was involved in the styles of modern royal wedding dress, and learning about the designers favoured by the Queen, Princess Margaret and Princess Diana.

At the end of the week there’s a focus on textile conservation which I found really interesting learning the techniques used to keep the garments intact, how they audit the garments in their stores and the materials they use such as melanix and fosshape to recreate the person’s shape when a garment goes onto display in an exhibition. If you’re interested in learning more about this, I would also recommend watching Secrets of The Museum which is a documentary series that aired last month but is still available on the BBC iPlayer.

I hope you enjoyed today’s post! How are you getting on with online school or working from home? I’m planning to do a couple more courses on FutureLearn in the next few months, recently I did the Introduction To Dutch course with the University of Groningen, which I found really helpful to learn the grammatical structures of the language as that isn’t really covered in detail on Duolingo.

10 thoughts on “Studying Online with FutureLearn”

This site uses Akismet to reduce spam. Learn how your comment data is processed.

🐰Hop into Spring🐰
I love to dance! ❤️ #worldballetday What are some of your hobbies? 🐰
I love baking tasty Easter treats 😋🎂